“An error doesn’t become a mistake until you refuse to correct it.”- Orlando A. Battista 1917 -1995, Canadian-American Chemist and Author.

I saw that quote in a post on ActiveRain.com, one of the real estate sites that I frequent and have a blog on. I’d probably add that you first have to acknowledge the error, which all too many of us have problems doing in the first place. You can’t move on to the correcting (or not) stage unless you first come to grips that you have made an error. In fact, it’s probably the refusal to admit the error that really turns it into a mistake. The refusal to correct the error just compounds the mistake.

It is human nature to have some trouble admitting to an error. Sometimes that can be as simple (and as obvious) as going in the wrong direction when trying to get somewhere. Of course, if you’re a man, admitting that you are lost and stopping to ask for directions is very hard. Another obvious error is “finishing” the assembly of something only to find that you still have some parts left over. Oops! 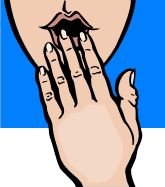 Sometimes the error may be very difficult to recognize. That happens a lot when human feelings are involved. Maybe the error was just a remark dropped innocently into a conversation. Maybe that remark was meant as a joke but wasn’t politically correct. It’s easy to miss that slight pause in the conversation or the flush on someone’s face as they react to something that you just said, but many times you’ll sense it.

You may not understand why something you said caused the reaction from the listener. It’s not always easy to figure out in the midst of the conversation how to recover or to correct the error. You may have to ask someone else, later, in order to find out what it is that you might have said that offended or caused the person that you were speaking with to react. Many times you’ll find that you’ve inadvertently hit a nerve that is still raw from some traumatic event in that person’s life, like a death or divorce or perhaps there are family things that you’ve somehow been insensitive to, like a having an autistic or special needs child in the family.

The key is not to let that error become a mistake, by refusing to acknowledge it and not trying to correct it. It may be hard to go back to someone with whom you had a conversation and made some remark that you later found was probably offensive or insensitive from their perspective; but it is important to do so. Otherwise they will forever have this little flag that says “jerk” in the back of their minds that is raised whenever they see you. Don’t let your error turn into an uncorrected mistake. You’ll feel better and so will they.

This entry was posted on Sunday, October 21st, 2012 at 12:23 pm and is filed under Inspiration, Uncategorized. You can follow any responses to this entry through the RSS 2.0 feed. You can leave a response, or trackback from your own site.