Regret is one of those human nature things that are hard for many to let go of, just like self-doubt. Some may mask the term in other words, like “Monday morning quarterbacking”; however, that Monday morning look back only has positive value if it is used as a way to glean experience and not as an opportunity to wallow in regret.

Although the quotes of athletes is often derided as being full of cliques; there is much truth in many of those cliques about looking ahead and not back or putting things behind them. Professional athletes know that they cannot dwell in regret over every loss. They try to learn from those setbacks. They spend time in the film rooms reviewing a blown play or a missed opportunity to see what they can learn from them.

Life is full points in time where decisions were made that might have been made differently. Some of those times turned out OK and we seldom think back on what might have been, had we taken the other choice that was in front of us at the time.  But, sometimes things didn’t turn out as we had planned or thought that they would and we tend to look back and see (or find) those decision points where we might have done it differently, especially if we knew the potential outcome. Well, we weren’t prescient and things turned out the way they did. Let it go. Move on. If you must replay the film in your mind, at least treat it as a learning opportunity and not an opportunity to beat yourself up.

In the Frank Sinatra song My Way, about aging he has a line – “Regrets, I’ve had a few; but then again, too few to 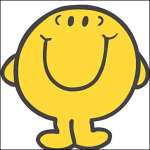 mention.” The song goes on to extoll the virtue of moving on and doing things in life your own way. At the end of the day, the main regret you will have if you let things get you down and you spend time in self-abusing remorse, is that you’ve wasted another day. Life’s too short to throw days away.

So, rather than spend time regretting things; let’s all think about the words of another song, this one by Bobby McFarland – “Don’t worry, be happy.”

This entry was posted on Sunday, October 20th, 2013 at 3:10 pm and is filed under Inspiration, Pure fun. You can follow any responses to this entry through the RSS 2.0 feed. You can leave a response, or trackback from your own site.