Maybe it is my business…

“What other people think of me is none of my business.” (Wayne Dyer) – as seen on the Jack’s Winning Words blog recently.

I liked that little saying when I first saw it, but couldn’t quite figure out why. Then it hit me that what other people think of me is my business to an extent. It is their business how they react to me and what opinions they form; however it is my business as to how I conduct myself to cause those opinions to be formed. None of us probably wants to be thought of as dishonest or cruel or insensitive or uncaring; yet many times we do things that cause those opinions of us to be formed.

Most people really do care what others think of them, even if they say the opposite. We all crave some level of acceptance by others. Many strive for understanding by others, perhaps of a different lifestyle. Some just wish for acceptance (see my post – Just Accept Me). Some may wish for the love of others or perhaps pone in particular. All of those things are dependent upon what those others think of you.

Recently I read a question in in one of those newspaper advice columns concerning how to get people to accept and form new opinions about someone who apparently acted like quite a “jerk” when he was younger, but who has now matured and is a better person. Many people face that same dilemma in life, especially young men who really did act like jerks when they were younger. Some people don’t seem to be able to give them the benefit of the doubt, once they matured enough to begin acting in a more acceptable manner. Most grow out of that phase. Unfortunately some of those young men get themselves trapped into feeling like that have to continue to act like jerks, because that’s what people expect of them.

Much of what small children do that we might describe as bad behavior is actually a cry for attention. If they can’t get the reaction that they want from just saying, “Mommy, look at me”, they cause a ruckus because they have figure out that this brings them the attention from mommy that they craved. Many adults use the same techniques. I’ve always thought

that there is no real reason for motorcycles to have loud, un-muffled and annoying exhausts other than the riders need to attract attention to themselves. They are saying, “Mommy, look at me” by being as noisy as they can be. They never outgrew the need to be a jerk to get attention.

Now, I don’t need to make it my business to go around asking everyone that I interact with, “What do you think of me?”; however, I do need to be aware that everything that I do and say may contribute to the formation of an opinion about me. If I keep that in mind and perhaps pause before I do something or say something that is insensitive or cruel, maybe they won’t think I’m a jerk. And maybe if I start thinking about those things before I do or say them I will actually grow up and not be that jerk that I may have been.  Maybe the advice in the Bible about treating others as I would like to be treated and loving my neighbor as I love myself was right after all. 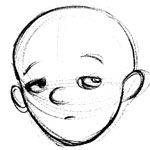 So, maybe Dyer was wrong. Maybe what other people think of me is my business. It certainly is within my control. If I don’t want to be considered to be shifty and dishonest, then I can decide not act in a manner that would lead to that conclusion. If I want to be considered to be dependable and a good friend, then I can be there when needed and be the good listener that is oft needed in times of crisis. If I want to be accepted, I have to accept others, too.  If I want to be someone who is loved, I need to give love. What others think of me are opinions that reflect the behaviors from me that they see. And that is my business.

Have a great week before the New Year and maybe make one of your resolutions for the New Year to be more aware of the things that you do and say that form the basis of the opinions that others have of you. It’s never too late to stop being seen as a jerk. And that is your business.