What made the dogs bark?

“You will never reach your destination if you stop and throw stones at every dog that barks.”  (Churchill) – as seen recently on the Jack’s Winning Words blog.

The 2016 Presidential Campaign is one of the nastier that I’ve seen in my lifetime, but it is also consistent with the lack of civility that has become part and parcel of the partisan politics in America. On the Republican side every candidate (except Kasich) is busy calling the other candidates liars or worse – not conservative enough. On the Democratic side the two seem to be trying to out-liberal each other – trying to convince voters that they are the most “progressive.”

The Republican contest would be a hoot to watch if the thought of one on these contestants getting the nomination weren’t so scary. John Kasich seems at times to be almost amused to be sharing the stage with the sideshow that is going on around him. He is the calm voice of reason almost the maelstrom that is the Republican Party these days.

The point of Churchill’s quote seems to be that it is a waste of our time to stop and react, perhaps defensively or to go on the offense, every time someone throws a stone (an insult, a slight, a demand or a rejection) our way. To Churchill’s way of thinking those are just barking dogs and we have more important things to do – a destination (or destiny) to reach. His point is that you are taking your eye off your goals if you allow yourself to be distracted by the barking dogs in your life; and that is on you.

While it is important not to let the barking dogs distract you from your goals, it might also be important to understand what the barking is about and see if there is something that you are currently doing that needs to be changed, i.e. to learn from the barking. What you may learn that is most valuable to you is what it is about you that caused the dogs to bark.

Is it the way that you’ve treated others; or the way that you comport yourself in public. Do you elicit envy or disdain because of a showy display of wealth? Do you cause a protective reflex from others because of past displays of anger or hostility? Do you secretly enjoy the fear that you cause in others due to your appearance? Do others mistakenly take your naturally shy behavior as an indication of lack of interest in them or their points of view? These are all things that can start the dogs barking in your life. There’s no need to stop and throw stones at those dogs, but you can be sensitive enough about them to make some personal changes that may keep the dogs quite in the future. 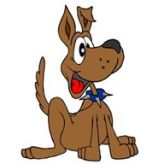 affection. It wants you to play. There may be important people in your life who are barking at you because they too want your attention. Sometimes we get so wrapped up in our pursuit of our goals in life that we forget to pay attention to those for whom we believe we are pursuing those goals. We miss the opportunities to play with our children or to show affection for our loved ones. All we hear are barking dogs clamoring for our time and attention; but we are too busy to do anything but stop and throw a few stones – “Not now, can’t you see that daddy’s busy” or maybe “We’ll take a vacation next year, I’m too overloaded at the office right now.” 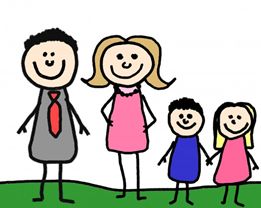 Those aren’t just barking dogs in your life; they are the reason for your life. Your real goal (destination) should not just be to work hard so that you can get things for them; but rather, to provide a loving, safe and happy environment for them and yourself. Those aren’t barking dogs in your life, they are your family pack that is inviting you to become a member. Don’t throw stone at them, join them and go have some fun. That’s what the barking at home is all about.

Three little words that can change your life… Get a life!

Sometimes the simplest little things can have big impact on our lives. In this series of posts I examine very short sentences (each just three words long) that can make a difference in your life. If you have a three word sentence that changed your life somehow, share it with me and I will share it with the world.

Adrianna Huffington is currently making the rounds of talk shows pitching her new book Thrive. In it she apparently discovers that there is more to life and to what we should be calling success in life than the things that we’ve been obsessing over as a nation for quite some time. What she and many other suddenly enlightened authors and motivational speakers have recently “discovered” is that; rather than getting more money or getting a bigger house or getting a new car, most of all people need to Get a life.

The little phrase “get a life” started our it’s life as a derogatory statement to people who didn’t seem to be doing anything, at least not anything of interest to the hip people who were judging them. Of late it is more and more often used to admonish the overworked and stressed out over-achiever generation to stop burning themselves out and get real about what is really important – their family, their friends and their health. The message now is that it is time to reassess why you are working 80 hours a week and always fell tired. It is time to stop and assess what this is really doing to you and the ones that you love and for whom you believe that you are doing it. It is time to Get a life.

school or in sports during those overtime hours that you worked. There were things that your wife really wished you had the time to do with her instead of spending that extra time at the office. There were little league coaching opportunities that you were too busy for and games that were played while you were on the road. There were buddies that wished that you had time for a round of golf with them on the weekend, instead of going into the office. You missed all of that in the past, but you don’t have to miss the things to come, if you just Get a life.

Now you may say, Norm you don’t understand; but I do, because I now have to look back on my life with a lot of coulda, woulda, shoulda regrets. I didn’t get a life when my children were young. I was out shuckin’ and jivin’ and chasing those big bucks. I eventually got them. I had the big six-figure income and got the things that I thought were so important back then. What I lost were the precious moments that will never be repeated – the birthday parties, the ball games and recitals that I missed are all gone, never to be repeated.  I was working and I thought that was what I was supposed to do. There were smiles that I missed seeing, laughs that I didn’t hear, joys that were shared with those who were there, but not with me. I was not there to congratulate my son on a win or to console my daughter in a loss.  So, don’t say that I don’t understand – I do.  I was not there as a husband and a parent; but, fortunately I’m not too late to get a second chance as a husband and now as a grandparent. I’m having a ball with both now, because I eventually I figured out that what I really needed was to Get a life.

So, whether you are inspired by this little blog or Adrianna’s nice new book  – Thrive; take the time to assess what it is you really want and what the best way to get that really is. If you can get past the “need” for that new car or bigger house and focus instead on the family that will ride or live in them you may be able to see that a little more money at work is less valuable than a little more time at home. Your kids won’t care if they have to ride in a three year old car, if they can ride with you to go to an amusement park or a ball game. Your wife won’t mind staying in your cozy little house if the man she fell in love with (and still wants to be with) is there more often, doing things with her. And you may find that, instead of pumping up that guy in the mirror every morning and putting on your game face, so that you can go out and work even harder for material things; now, you can relax and smile at him instead because he’s figured out what’s really important – he finally decided to Get a life.

Sure, I know that you’ve got to make the mortgage payment and put food on the table. Maybe you’re already starting to worry about putting the kids through college or have given some thought to your

own retirement. Those are all important and worthy things to plan for and work for, but not to obsess over.  You can be successful enough to provide for your family without being gone so much that you’re almost a stranger to your family. You can have what you want in life if you focus upon what you need in life and not so much on what you don’t have. Socrates said it best hundreds of years ago –

When the time comes for others to look back over what you accomplished in life very few funeral speakers spend much time discussing your business accomplishments. They try to focus instead on the impact that your life had on those around you – your family and your friends. They relate stories about things you did with those important people in your life, the fun you had the events that you shared and how important to them it was that you were there. Let’s hope that in describing your life they won’t have to observe a moment of silence instead.  That won’t happen if you Get a life.