“Have faith, hope, and charity; that’s the way to live successfully.”  (Dale Evans)  Jack went on to write  – Dale and her husband (Roy Rogers) were both very religious people.  Her quote is from a song she wrote, called, “The Bible Told Me So,” based on 1 Corinthians 13:13.

To me, the most interesting word in that little saying is the word “successfully”. That begs the question of who is measuring the success of one’s life and by what standards? Too many people measure themselves and their achievement of success in their lives by what they think others will think of them or how they think others measure success. For those people, success equates to the accumulation of what they see as the three “P’s” of success – possessions, power and position.

Many things in our social environment seem to point to fame and fortune as the keys to success and thus to happiness. Yet there are also many indications that tell us, in the tragic, drug-related deaths of those 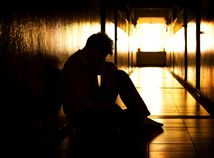 who we admire and believe have achieved those things; that just achieving fame and fortune may not be the answer to happiness in life. How often we hear their stories of loneliness and insecurities after their deaths. All too often, we find out that they suffered from depression and turned to drugs as a refuge from a life of fear and torment. They seemed to have had it all; but, did they really live a successful life?

Solanus Casey , the Capuchin Franciscan from the Detroit area who was recently elevated to the level of Blessed by the Catholic Church. They certainly didn’t accumulate great possessions, nor were they in positions of power or great prominence; yet who would say that they did not live successful lives. By what standards were their lives judged? I would submit it is by the standards that Dale Evans was espousing.

In the final analysis, the only two judges that matter in evaluating the way you lived your life are you and God; and God has the final vote. As one analyses their life, which makes one the more successful – self-esteem and arrogance or Faith in God; a sense of entitlement or hope for the future; giving a small portion of one’s great wealth (and asking for a receipt for tax purposes) or giving all that you can and wishing you could give more? I would submit that the person who does the latter in those cases is living the more successful life.

As you start a new year, resolve to live life according to the measure of success that Dale 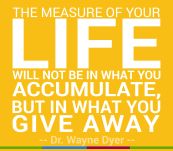 Evans recommends and not by that old Malcolm Forbes hack, “Whoever dies with the most toys wins.” Inspirational writer and speaker, Wayne Dyer, put it nicely in this quote that I saw on Pinterest.

At the end of the day, will you be able to look back in satisfaction on a life well lived through faith, hope and charity or will you still be dissatisfied that you haven’t quite accumulated all of the possessions and power and position that you believe will make you happy?

How happy or sad I will be for you.

Help the Milford Historical Society when you shop at Kroger

Shop at Kroger and help the Milford Historical Society

Did you know that you can sign up your Kroger Rewards card for the Kroger Community Rewards program and the Milford Historical Society will receive quarterly donations from the Kroger program, based upon how much you spend at Kroger on groceries, gas and at the Pharmacy?

Click here to read a Frequently Asked Questions article about the program. The Historical Society will be registered, but each person who wishes to contribute will have to re-register annually.

Click here or on the Kroger graphic to go to the Kroger Community Rewards site and sign up.

A new rewards year starts MAY 1st and you must sign up each year, so there’s still plenty of time to sign up for the current year and get the donations rolling before the May 1 renewal date.

The Non-Profit Organization (NPO) number for the Milford Historical Society under this program is 91661. Write that down, because you’ll need to enter it at the Kroger Community rewards site. You do not have to live in Milford in order to support this effort, just shop at your local Kroger store and register your Kroger Rewards card to this worthy charity.

If you don’t have a computer or feel comfortable using one, bring your Kroger card to the next Milford Historical Society General Membership meeting and we’ll help you sign up. You can find out when and where those meetigns are taking place by going to our Web site – www.milfordhistory.org.  You can also come into the Museum when it reopens on a Wednesday or Saturday between 1 & 4 PM and we’ll help you register your card to help the Milford Historical Society. While you’re there, if you aren’t a member, you can join the society, if you’d like. Remember our motto – you don’t have to be a relic to be a member.

Even if you aren’t a member of the Milford Historical Society, you can register your card to help support the MHS and the Milford Historical Museum. Having a group dedicated to preserving and sharing our area history and a museum right in town is not something that many local communities have, so we hope that you will help out in this painless way to help keep Milford the great place that it is to live and work. 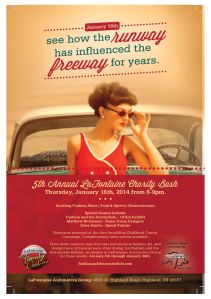 On Thursday, January 19, from 6 to 9 PM,  plan on attending the 5th annual Charity Bash in the LaFontaine Automotive Group dealership at 4000 W. Highland Rd (M-59), Highland, MI 48357. This year’s event features the traveling Fashion and Automotive exhibit Fashion and the Automobile – 10 Era Exhibit. See how fashion in ten different eras of our history impacted the design of the cars of those eras.

Donations will be accepted at the door benefiting Childhood Cancer Campaign. A complimentary valet service will also be provided. There will be a strolling fashion show provided by Lady La’s Boutique, as well as the Fashion and the Automobile exhibit.  Food and drinks will be available. In addition there will be entertainment throughout the evening. Special Guests will include Matthew Richmond a paper dress designer and Dave Santia, a speed painter. See below for more on them.

The evening will allow you to drive down memory lane and see how trends in the fashion, art and design worlds have influenced each other and the cars that we all drove at the time. You’ll better understand how color choices were made and where some of the iconic design features of the time were influenced by fashion and art. To view the event poster full size, click here.

To learn more about the  Fashion and the Automobile Exhibit traveling show and the people behind it, click here. To see what Matthew Richmond can do with a stack of paper, click here. You’ll be amazed at his dress designs using nothing but paper. Finally, to see the results of some of Dave Santia’s speed painting efforts of many well-known celebrities , click here.

The Childhood Cancer Campaign is a fund-raising effort of Optimist International clubs everywhere, with a goal of wiping out childhood cancer. To read more about the Campaign, click here.

So, come out to LaFontaine’s Charity Bash on Jan 19, have fun and contribute to a great cause.