The search for contentment…

A recent post to the Jack’s Winning Words contained this quote – “We may pass violets looking for roses.  We may pass contentment looking for victory.”  (Bernard Williams)

Jack went on to call into question the popular sports-oriented saying “Winning is the only thing.”

As a society, I think that our obsession with winning and not allowing ourselves to be content with having made our best effort is contributing to the tensions and unrest that we see on the nightly news. It also is a major contributing factor to the current political

divide, where compromise, which could lead to contentment, is considered failure. The two political parties have abandoned any search for a middle ground on most issues and seek only to win, to beat the other side. We saw that locally this past week were the scrum to choose a successor to the late L. Brooks Paterson turned nasty and completely partisan from the get-go.

I have from time to time called for the creation of a third party in the middle of the political spectrum  a party of compromise and reason. At least a new party would not 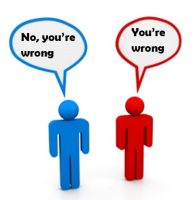 carry with it the baggage that the current parties have accumulated of late. It would also allow those who are uncomfortable with the extreme on both sides to fins anew home that perhaps with which they could become content. I suspect that quite a few who call themselves Republicans or Democrats would welcome a party with less strident positions on the issues and one which relied more on common sense than the political litmus tests that the current parties use on issues.

In life, as in politics, winning isn’t really everything. Giving it your best effort is more important. It’s not that you will be unhappy if you don’t win; but, rather, that you will be 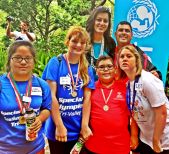 unhappy with yourself if you didn’t give it your best shot. If you made your best effort, but that fell short of winning, you can still feel good about yourself. In sports, even competitive athletes are often happy if they achieve a person best – they know that they did the best that they can for that event or race. Maybe you can look at the events in your life the same way. If you’ve achieved your person best, be happy, celebrate your achievement, use that experience to plan way to do better next time. Stop and smell the violets. Find contentment.

Have a great weekend of contentment!

This entry was posted on Saturday, August 17th, 2019 at 2:46 pm and is filed under Inspiration, politics, Pure fun. You can follow any responses to this entry through the RSS 2.0 feed. You can leave a response, or trackback from your own site.