I love a parade…

From the Jack’s Winning Words blog today comes this – “A love for tradition has never weakened a nation; indeed it has strengthened nations in their hour of peril.”  (Churchill)

Jack went on to write – There are 10 National Holidays, but 4 stand out in my mind as days that especially define America: Independence Day, Veterans’ Day, Thanksgiving Day, Memorial Day.  The others are significant, too, but think today about these 4, particularly the 4th of July, a day to celebrate the history of a great nation, not perfect, but in the process.  😉  Jack 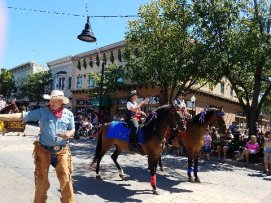 nation. I organize the 4th of July Parade in my home town of Milford, Michigan. I march, as a veteran, in the Memorial Day parade and I work as a volunteer in the Christmas Parade, which always takes place Thanksgiving weekend. We don’t have a parade for Veteran’s Day.  We also have parades for the start of Little League Baseball, and the local high school homecoming. Obviously, we love traditions in Milford. 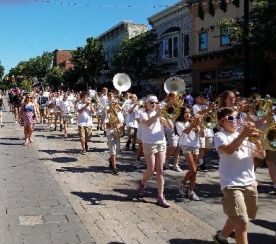 The parades that we have in Milford mean that Main Street is shut down for s few hours and a crowd gathers to watch. The biggest parade, by far is our Memorial Day parade, which draws a crowd of several thousand to watch and which has almost 1,000 vets marching.  The Christmas Parade features the arrival of Santa Claus to Milford for the Christmas Season. The Independence Day parade usually draws a big crowd to watch, too.

Sadly, the Independence Day Parade on the 4th of July has been declining in both attendance and participation for the last few years. What used to be a parade with 70-80 participating groups is now down to about 50 groups marching or riding in the parade. The viewing audience is also down a bit. It seems that the same reasons that 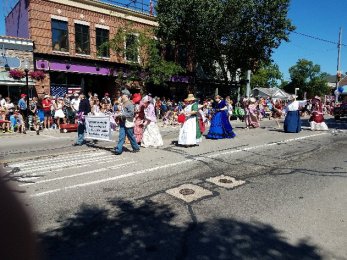 are causing the decline in church attendance effects the parade on the 4th – people are just too busy with other things to do.

Of course, the summer months are vacation months, so many families are traveling while school is out. Still, the fact that fewer local businesses and groups participate is troubling. We used to have 6-7 Boy and Girl Scout troops and Brownies and Cub Packs, but now only get 1-2. We had participation by many of the local churches, but now again only get 1 or 2. Many of the local service organizations used to march, now we are lucky if any participate. The excuses are always the same – “We couldn’t get enough people to be in the parade.”

What we are really saying is that we are too busy, too distracted or overwhelmed by

life to pause and take a moment to just enjoy a shared celebration of thankfulness for things like the birth of our nation or those who served our country. We have become so wrapped up in ME that we don’t have time to celebrate the things that make us WE. I am not sure whether this is an indicator of, or a cause of, the state of unrest, distrust and hatefulness across the nation that seems to be reflected in nightly news stories.

Still, there is hope. We are carrying on the traditions, like the Independence Day parade, in the hope that providing events that allows us to celebrate the great WE 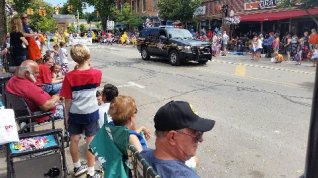 events of the past will once again remind us that we have more in common than the differences that want to drive us apart. We stop to celebrate the events that were put in motion by those seeking the freedoms of life, liberty and the pursuit of happiness. That is still a work in process, as Jack said; but it is worth pausing and having a parade.

Maybe I’ll see you at the Milford Independence Day parade. The parade starts at 11 PM. I’ll be announcing the participants as they march by. Pause for a moment and celebrate WE.

This entry was posted on Wednesday, July 3rd, 2019 at 11:59 am and is filed under Inspiration, Local Events, Pure fun. You can follow any responses to this entry through the RSS 2.0 feed. You can leave a response, or trackback from your own site.

One Response to I love a parade…