Don’t waste your time…Run to the next window

There are quotes that I happen upon that, thought totally unrelated, just seem to naturally go together. Here are two that I have collected over time from the Jack’s Winning Words blog:

“Don’t waste a minute not being happy.  If one window closes, run to the next.”  (Brooke Shields)

“You have to be able to laugh at yourself and to take it with a grain of salt.”  (Khloe Kardashian)

While life is obviously serious business, we all tend to take things too seriously, especially when we get down on ourselves. Sometimes we try things and fail. Sometimes we do

stupid things that we should have known better not to do. Sometimes life throws a curve ball at us and we react badly. Most of those times result in some amount of our time being spent in an unhappy state of mind. We may be sad or angry or frustrated or disappointed, but we are not happy.

Perhaps we are angry at ourselves, which can be the hardest thing to forgive; just because there is no one else to blame. In any event, we waste time not being happy. Why? Does it really do any good to be angry? Does being disappointed make anything different? Does wallowing in self-pity make you feel any better? Perhaps a good cry

relieves some of the pain of the sadness of a lost or a disappointment, but does it change anything? Let the moment pass. Let go of the thing that is effecting you and move on. Step back and laugh at yourself…run to the next window.

I recently got to see this philosophy in action. I good friend had her business literally snatched out from under her, due to circumstances over which she had no control. A big, direct competitor in her line of business bought the building that her business was housed in and basically shut it down by canceling her lease. There was nowhere else to go in the area and the only choice that she had was to shut down her business.

These events could have been personally devastating for her; but, she has a great attitude and is viewing it as an opportunity to do something new and different. Was she initially bummed? Yes, who wouldn’t be. But, rather than wallow in self-pity and walking around complaining about how unfair life can be; she has decided to see this as an opportunity. She has accepted it better, and probably has a better attitude about it, than the people who were her clients in the old business. She is running to the next window and is actually excited about the new adventure. What a great attitude and reaction to the things that life has thrown her way. I’m sure that everyone who knows her will support her in her new career.

I read a story not too long ago about a man who was diagnosed with a terminal condition and given less than a year to live. Rather than wallow in self-pity, he decided to live to the fullest in the time that he has and to throw a party for his family and friends so that they could all celebrate his life together, rather than waiting for some sort of wake after his death. What a great idea. It is a lot easier to deal with the inevitability of death if you have a firm belief in your faith that this is just a transition point into the next life. You need not fear death as a great the unknown, when you know God and believe in what 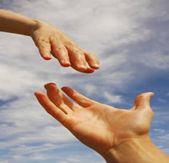 comes next…you can run to the next window of happiness.

So, the choice is yours. You can get down and stay down on yourself, because of what life has handed you; or, you can run to the next window of happiness. Knowing that God is with you makes the journey to that next window a lot less scary. I’ll see you at the next window.

This entry was posted on Saturday, September 23rd, 2017 at 1:00 pm and is filed under faith, Inspiration. You can follow any responses to this entry through the RSS 2.0 feed. You can leave a response, or trackback from your own site.