Entitled to nothing; but, thankful for everything…

I would have added the words “they have” to the end of that quote. It is the human tendency to covet what we don’t have that causes dissatisfaction and dissention in our lives. Perhaps the most over-abused term in our modern language is the word “right”, as in it is my right to have (put in anything that you have heard lately using that phrase). Many people feel that they are entitled to or have a right to things that they don’t have and they somehow come to the conclusion that the society that they live in have some sort of obligation to provide them with that things or service or whatever it is that they feel entitle to. In fact, this feeling has become so prevalent in America that news casts often capture people characterizing things like access to health care or a clean water supply as “basis human rights.”

Let’s be clear. There are no such things as basic human rights or entitlements. One has only to journey to the wilds of the South American Jungles or the jungles of Africa to find primitive tribes living hard-scramble subsistence existences to find examples of people 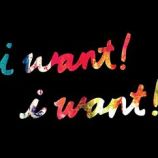 living in the most natural state of human rights. Anywhere else, where people are given, or have free access to, things above the subsistence level by the society they live in, is an example of privileges being extended by that society and not examples of people having rights to those things.

Those people living without entitlements in the wilderness are very happy when the tribal hunters return from a successful hunt or when what crops that they might plant bear fruit. They may wish for an easier life, but they may also be happy with what God has provided them from the land around them, even if their concept of God is somewhat murky.

No one wants to return to a crude, subsistence level of living in the jungle; however, all of us could learn to be a little more thankful and happy with what God has provided and be less focused upon what we don’t have. That is not to say that we need put up with cases of overt discrimination or criminal activities, such as happened in the Flint water crisis; however, we should couch our response to such activity in the proper terms. It was not that the Flint residents had a basic human right to clean water so much as it was that the residents who were paying for water to their houses had the right to expect that the water would be clean and safe to drink and use. That was not the case in Flint and is perhaps not the case in other locations in America. In some cases, it involves ineptitude on the part of the governmental bodies that supply the water and in others it involves criminal conduct by those who knew that they were doing wrong, such as in Flint.

One can get in the right frame of mind about life by starting each day with a little “thank you” prayer to God for allowing you to awaken to another day. You weren’t even entitled to that day, so right away you have been given a gift to enjoy. Everything beyond that is just something that you should enjoy and be thankful for having. So, take the advice from today’s quote and make the best of everything that you have; rather than spend your time and energy worrying about things that you don’t have. God has just given you the most precious thing that money can’t buy and which isn’t a right – time. Use your time today wisely; be thankful and happy and make the best of what you have.

This entry was posted on Saturday, August 12th, 2017 at 12:17 pm and is filed under faith, Inspiration, Uncategorized. You can follow any responses to this entry through the RSS 2.0 feed. You can leave a response, or trackback from your own site.