Listen and help, listen and learn…

Two quotes from recent posts to the Jack’s Winning Words blog seem to fit together nicely to illustrate the benefits of being a good listener.

“All people want is someone to listen.”  (Hugh Elliott)

“A good listener is not only popular everywhere, but after a while he gets to know something.”  (Wilson Mizner)

It seems like there are nightly stories on the news shows about people complaining that no one in their local government is listening to them or at least ignoring what they have to say. Much of the psychiatric and psychological practices in modern medicine are

based upon careful listening. It would seem that many of the problems in politics today could be attributed to the two main sides not taking time to listen to the other. In our daily lives we encounter many opportunities to listen to others; but, how many of us really put the effort into listening, rather than getting ready for the next things that we want to say?

We often greet others with trite little sayings for which we don’t really expect much of an answer, and certainly not a full conversation. Saying “Hi. How are you?” is not really an invitation for the other party to go into an in-depth medical report. However, seeing someone you know who has been through something in their life that was disruptive and saying something like “How have you been since you go out of the hospital?” is an 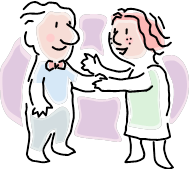 invitation to a conversation and an expression of concern and care about that person. That conversation will deserve a good listener and there will be therapeutic value in the attention that you pay to the other party. They may rally need to share with someone who is willing to listen.

The other potential benefit of being a good listener is that you learn things and it builds you knowledge base. Good listening is a constant process of hearing, evaluating, sorting and storing or discarding the information that you hear. Listening is not considered to be as strong of a learning experience as seeing and perhaps that is because so few people really listen well. It takes commitment and concentration to listen well. That means that you suspend for the moment your thoughts about what you want to say next and focus on that is being said by the other party. For most of us that is a hard thing to do.

In poker the players watch the others in the game intently looking for what are called “tells”, which are visual clues that manifest themselves in the other players’ facial expression or body language to give away whether they have a good or maybe are just bluffing. In conversations there are “tells” that indicate whether the other person is

really listening to you or just thinking about their next opportunity to speak. You can see their lack of eye contact or the expression on their face. It’s that look of, “Oh God, I really didn’t want to hear about your problems; I’ve got problems of my own.” Good listeners will be paying close attention to your words and may interject some words of encouragement or understanding as you speak. Good listeners may also ask questions about the topic that you were expounding upon, because they are processing the information and want to learn more about it.

Are you a good listener? Do you commit to listen when engaging others in conversation or do you just do join the conversation so that you can interject your point of view without real regard for their position? That is the unfortunate situation in the political environment in our county today. The Bible has this to say about those who do not listen, but only want to talk. “A fool takes no pleasure in understanding, but only in expressing his opinion.” – Proverbs 18:2.

Don’t be the fool who dos not listen, but chimes in with his/her answer before the question is complete. Take the time to listen. The speaker will appreciate it and you may even learn something. Have a great weekend.

This entry was posted on Saturday, August 5th, 2017 at 11:45 am and is filed under Inspiration. You can follow any responses to this entry through the RSS 2.0 feed. You can leave a response, or trackback from your own site.