How many lives have you lived?

“We all have two lives.  The second one begins when we realize that we only have one.”  (Unknown) – as seen on the Jack’s Winning Words blog.

Of course Jack was referring to the life that we live, once we become cognizant of the inevitable and consider intelligently the alternatives.

I recall (and this goes back a long way, so don’t worry if you don’t remember this) a TV show called “I Led Three Lives”, which was on TV from October 1, 1953 to January 1, 1956. It was loosely based on the life of Herbert Philbrick, a Boston advertising executive who infiltrated the U.S. Communist Party on behalf of the FBI in the 1940s and wrote a bestselling book on the topic, I Led Three Lives: Citizen, ‘Communist’, Counterspy (1952). The part of Philbrick was played by Richard Carlson. The whole Communist and counterspy thing was a cold-war favorite back then.

I would submit that we all live multiple lives, which has not only to do with our spirituality, but also with the secrets that we chose to keep from the rest of the world. 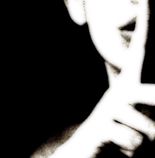 Those secrets take on a life of their own. The life of Herbert Philbrick sometimes became very complicated as he worked to make sure that the secret life that he was leading for the FBI didn’t somehow spill over or disturb the other lives he led and a family man and a businessman. Our lives can get like that as we try to juggle the “facts” of the various lives that we might be leading. It is trying to keep track of the facts verse the lies that becomes complex when you lead multiple lives. It is an oft-used phrase that, “my life is an open book”; however, it is often a book with a few chapters that the speaker chooses to leave out.

If we get back to the original premise of the quote in Jack’s post; the quote seems to be saying that we begin living a different or second life once we begin to deal with our own mortality. It’s not like you wake up one morning and think, “Oh crap, I’m going to die someday.” When we are younger we certainly hear about the life expectancy of normal humans, but it seems more like and abstraction than a reality. As we age, there comes a 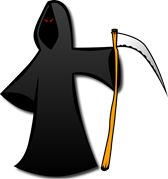 point at which we start thinking about the “end game” in our own lives. For most people it is something that is there, in the back of your mind for years, which slowly works its way forward until it demands some thought time and attention.

So, now that it’s up at the front of the line; how do we deal with it? How does our second life differ from our first? For many this is the time when faith and religion also turn from an abstraction and a perfunctory duty into something that we take seriously. Some also begin to obsess about their legacy – how they will be remembered by those still here, once they are gone? For almost all there is a feeling of fear. Death is the greatest unknown of all. Is there something after death? Will I still be me? Will I see those who have gone before me again? Is there a Heaven and a Hell? Where can I turn to get answers?

Most major religions of the world have some description of an afterlife within their beliefs. Not surprisingly, given man’s ego, most of those descriptions revolve around us somehow being the same, conscious being we are now but in some different form. Some religions have created elaborate descriptions of the afterlife, most of it revolving around the deceased getting or having everything that he/she ever wanted. Some have posited a state of everlasting peace and contentment. Some describe it as being like a waiting room until you return to earth as someone or something else.

If you embrace Christianity in any of its many forms, then you also embrace the concept of everlasting life and the belief that you will end up in a place called Heaven for eternity. There are only snippets of descriptions of Heaven in the Bible which allude to a house of many rooms and a place flowing with milk and honey. Even the writers of the Bible could not avoid using earthly references when trying to describe what is indescribable.

It really doesn’t matter how you describe the place that you think you will go after death; what matters is that you hold a belief that there is something for you after death. And if

you are a Christian, you understand that the only way to enter the place that is there for you is through your belief in Jesus Christ. For all who truly embrace Jesus there is a lifting of the fear of death, for it was His promise that, through his death on the cross, He had forever banished death from those who believed in Him.

The second life that you will live, once you have come to that belief will be much different than your life up to that point. For most there is a sense of calm and relief when

they embrace the saving grace of Jesus. For some there is a new sense of purpose and a desire to share the good news. For a few there is a sense of mission that leads to a new way of life. For all of those people the starting point to that new life is the removal of the fear of death.

How many lives have you lived?

This entry was posted on Saturday, February 6th, 2016 at 7:10 pm and is filed under Inspiration. You can follow any responses to this entry through the RSS 2.0 feed. You can leave a response, or trackback from your own site.