We’re not going that way.

“Don’t look back.  We’re not going that way.”  (Book by Marcia Wallace) – as seen on the blog Jack’s Winning Words.It

It is a time of the year that we glance back at the events of the year just passed. To say the least, 2015 was a scary year for many. There were too many storms across the country, too many wars still being fought overseas and too much killing and resulting unrest in the streets of America. The economy was still a bit shaky and none too generous for those with jobs. But, the good news is – We’re not going that way.

Looking ahead and seeing promise in the future has always been the American way. There are those who would like to take us back to the “good ole days”, but most understand that those days, while maybe containing a few f

ondly remembered events, weren’t necessarily all that great.  We cannot turn back the clock and recapture the simpler life depicted in the fictional TV town of Mayberry; nor would we really want to, because we would be missing out on the great advances that have been made in technology and medicine and other fields that makes life better today that it was 10-20 years ago – in simpler times. That won’t happen of course, because – We’re not going that way.

Perhaps you have some friends that you might classify as Luddites. Those 19th Century self employed weavers went on rampages against the invention of automated looms that threatened to  (and eventually did) put them out of business. They were against the march of technology as a way to save on labor n industry. We use the term today to refer to people who resist modern technologies. Perhaps you know someone who refuses to have a computer or an email account or a smartphone (or a phone of any sort for that matter). They steadfastly resist modern technology and many live lives “off the grid” so to speak. Some even live without electricity and other modern conveniences. It’s hard to imagine life without all of those things and most of us don’t have to because – We’re not going that way.

Then there are the people that you might know who believe that their best days are behind them. There’s the high school jock who relives forever the high school homecoming game in which he threw the winning

touchdown. He may still be living in the same town and still wearing his high school letter jacket 40-50 years later. He works down at the car wash now, where he is still a minor celebrate (at least in his mind) to the people of the town who remember his heroics. Or maybe you know the guy or gal who never married because they are still holding out hope that a failed romance or marriage of decades ago will somehow be rekindled and work this time. They can’t let go; but you can, because – We’re not going that way.

Famed black baseball player Satchel Paige had a saying – “Don’t look back, something might be gaining on you.” He might have been referring to old age and death or just about someone from your past trying to catch you about something that you did. In either event his advice was good – look ahead rather than back because – We’re not going that way.

So keep your eyes on the prize, which is always ahead and not back. You may have missed the opportunity for last year’s prize; but until the time travel promise of the movie Back to the Future comes true, you’ll need to 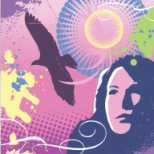 focus ahead on the opportunities that lie in front of you for 2016. There’s an exciting adventure just ahead, with interesting twists and turns and a wonderful prize at the end. There’s a really neat person that you haven’t met yet just waiting for you in 2016 and a new job opportunity that hasn’t been create yet. A wondrous New Year is about to unfold;  so, come on, let’s go; I can’t wait while you look back at the past because – We’re not going that way.

This entry was posted on Thursday, December 31st, 2015 at 1:07 pm and is filed under Inspiration. You can follow any responses to this entry through the RSS 2.0 feed. You can leave a response, or trackback from your own site.