The will to succeed…

“Winning isn’t everything, Charlie Brown.”  “That’s true, but losing isn’t anything.”  (Linus and Charlie philosophizing) – As seen on the blog Jack’s Winning Words.

I guess it’s no surprise to see quotes about winning and losing the day after the Super Bowl. I watched the first half of that game, but couldn’t stay up for the rest, which apparently turned out to be a very good game. But, in any game like that someone or some team will

emerge the “winner” and the other side will be labeled the “loser.” That’s too bad, since both teams gave it their all and in the process provided some great entertainment for millions of people.

Jack went on to write in his blog – Vince Lombardi didn’t say, “Winning is the only thing!”  He said, “The will to win is the only thing.”  So much emphasis these days is placed on winning or losing in sports or just in the everyday events of life.  Today’s “Vince” might say, “The main thing is the will to succeed!” …and that can happen in winning and also in losing.

That is so true. I have written here before about the benefits of learning from your mistakes or losses in life. In fact, learning how to deal with losses and how to learn and get better from them is one of life’s most important lessons; which, unfortunately, many never learn. Certainly you don’t see the losers cheering and celebrating in their locker room with Champagne. Instead you quite often see bowed heads and tears. As a temporary display of disappointment that is understandable; however, it should not be allowed to descend into attitudes of failure. The effort it took to get to that big game by both teams was and is commendable and should be recognized by everyone, including the players who were not on the winning team. Both teams had and have the will to succeed and that makes everyone on both teams winners.

Do you have the will to win? In everyday life that “will” might manifest it 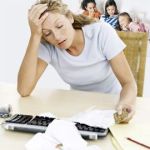 self in the drive to get up and go to the gym every morning before work (or after work) or it might be the discipline to get that homework done before watching TV or playing a video game. Sometimes it’s just the will not to be beaten down by the trials that life hands you. When I think of the everyday winners that I’ve met or heard about, I think of the many single moms raising a family by themselves and wonder at their will to win, not for themselves so much as for their children.  I also think of the caregivers, especially those caring for a loved one who can no longer even recognize them, but who have the will to continue trying to make their lives safe, secure and as

“normal” as can be. And then there are those who leave the safety and security of this country to travel to foreign lands to help the children there find a place to live and to learn. They have a will to win in the face of overwhelming odds that will carry them through the trials that they face

Most of us will never be on a team in the Super Bowl or chose to take on the challenges of a missionary caregiver; but many will have the opportunity to provide care and comfort to aging parents or perhaps take on the challenges involved in providing foster care for children in need. Some never get to go to foreign lands to help, but work tirelessly here to be able to send things that will help make life better for children there. Whatever the level

of service to others that we take on, it is important to have that will to succeed. Sometimes that means taking the time to quietly ask for help in a moment of prayer. There could be no better coach for your team than the One who will answer those prayers. We’re all winners when we play on that team.

Have a great week ahead. Be successful. Help is just a prayer away.

This entry was posted on Monday, February 2nd, 2015 at 12:08 pm and is filed under Inspiration. You can follow any responses to this entry through the RSS 2.0 feed. You can leave a response, or trackback from your own site.

One Response to The will to succeed…