Deal with errors, but have no doubts…

“Often in error, never in doubt” – A saying about cosmic physicists trying to explain the origins of the Universe, as seen in a recent National Geographic magazine.

When I saw that little phrase while reading about the efforts of scientists to explain the origin of the Universe, it struck me right away that this could explain a lot of things in life. Just over the span of my lifetime there have been numerous theories put forth about the origins of the Universe as we know it. The most famous is the “Big Bang Theory”, which attributes all of what we see around us for as far as we can see into the Universe and into time to a massive explosion millions of years ago. Various scientific papers have refined and elaborated on that theory; some purporting to trace things back to just an instant after the big bang. According to that theory, the universe has been expanding ever since with a variety of factors causing the formation of the heavenly bodies that we see out in space. 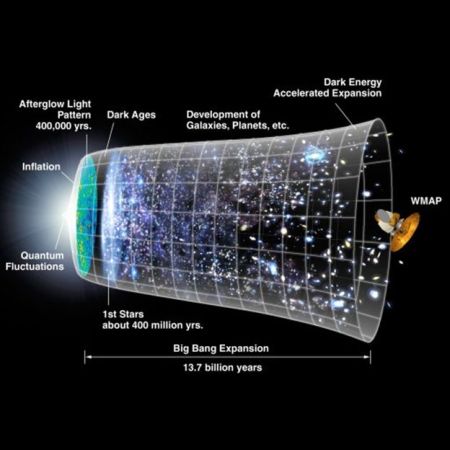 I’m not sure that I have ever read anything that attempted to explain what was there before the big bang. Be that as it may, scientists have ever since nor been in doubt about the initial event – the big bang; but, they have often had to correct errors in their calculations and speculations about what has happened since. Their scholarly explanations were often later proven to be in error, but were never in doubt (until the next new explanation came along). Various acclaimed scientists from Albert Einstein to Steven Hawking have added to, or corrected errors in, the theories and explanations of the origin of the Universe, all without doubts about their views and yet all in error.  The final chapter to that book is yet to be written. Scientists are now hypothesizing about dark matter and dark energy and have no doubts that they will explain everything.

Sometimes our lives can be like that, too. We are not in doubt about things, even though we are in error. Often my wife will ask me about something and I’ll throw out an answer, seemingly without any doubt that it is correct. Quite often she will challenge my response and accuse me of BS’ing. I suppose that is another form of error. My response was the first thing that came to me and in that instant I didn’t have doubts about it. Given more time to reflect I might have answered differently or not answered at all (usually the better choice when one really doesn’t know the answer).

One can apply today’s thought to many aspects of life. People who end up getting divorced might tell you that they had no doubts at the tie that they got married, but that it turned out to be a mistake. Perhaps they committed the error of marrying for the wrong reasons or without having spent enough time to truly get to know the other person. Many people look back on career decisions made without doubts at the time that turned out to be errors – perhaps moves for advancement that didn’t work out or acceptance of assignments that were not good matches and proved to be errors. Sometimes they may have even had doubts at the time that they made those choices.

Have there been events or decisions in your life that you can look back on now and see the errors, even if you had (and maybe still have) no doubt? That’s all part of life. You really can’t live life always doubting yourself and the decisions that you have to make; however, like the scientists trying to explain the origin of the Universe, one must accept that errors will be made and take steps to learn from them, make corrections and move on with life.

A key first step to dealing with life’s errors is not to let life get you down. We use phrases like, “it is what it is” or “stuff happens” or just the throw-away term “whatever”  to let go of errors or disappointments in life, without having to beat ourselves up with self-doubt. Maybe that is also where religion comes into each person’s life. Faith allows the believer the freedom to accept the errors that life throws at us without having to doubt ourselves.  The cynic might say that religion is a cop-out, but the believer will tell you that it is a life-line – a way to deal with the errors of life, without wallowing in self-doubt. 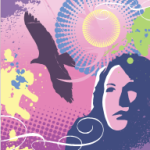 At the end of each day, if you believe; take some time to reconcile your life and adjust your plans to deal with the errors that may have occurred. Start by assuring yourself that, “I am where I’m supposed to be. I am headed in the direction that I need to go. I am not alone on this journey.  I have no doubts in my life’s guide. Not my will, but thy will be done.” If you can get to that point each day, the next step is simple; open your eyes, unclasp your hands, raise your head and say, “Bring it on.”

You’ll be fine. No doubt.

This entry was posted on Wednesday, January 7th, 2015 at 9:14 pm and is filed under Inspiration. You can follow any responses to this entry through the RSS 2.0 feed. You can leave a response, or trackback from your own site.

One Response to Deal with errors, but have no doubts…