Put a little skip back into your life…

From the blog Jack’s Winning Words comes this bit of advice. “How to keep a healthy level of sanity:  As often as possible, skip, rather than walk.”  (Gary Barnes)  For many of us, as we grow older and discover that we can no longer skip; we begin asking – “What has happened to my childhood when skipping came so easy and was so much fun?”  What other skills have we lost in the aging process?  …making up games?  …daring to do things?  …being excited about tomorrow?  …the wonder of discovering something new?

I posted a blog about a month ago about being silly enough to make a funny face in the mirror every now and then. I think that is just one of the things that many may retain from childhood, even if they lose the ability to skip. After all, childhood is as much a state of mind is it about age or physical things. As we grow older too many of us take ourselves and life all too seriously. Cynicism replaces wonder and joy. Worrying about rules replaces making up games. Caution replaces adventure and daring to do things and concerns about tomorrow replace the excitement of getting there.

I celebrate waking up each morning with my dog Sadie. She always seems so happy to wake up to a new day and there’s

nothing like a waging tail and a few dog kisses to start a day off on the right foot. Of course it could be that she’s just excited that we are about to go for our “morning mile” walk – the first a many that day; but I prefer to think that she too is happy to have made it to another day. We may not skip our way around Milford as we start our day; but, we’re happy and maybe a little more healthy and sane for having gotten out and around the Village before first light, even on these cold winter mornings.

You may not have a Sadie to take a walk with; but, I’ll bet, that if you get up and get out for a walk (or run) before you’ve started being an adult for that day, perhaps a little skip will come back into your step.

Don’t get stuck in Turboparalysis

This post on the Jack’s Winning Word Blog was so good I had to re-blog the whole thing.

“Sometimes it’s just easier to sit around spinning your wheels…but you never get anywhere.”  (Susan Gale)  I came across a new word recently…Turboparalysis!  It’s defined as furious motion, without movement in any direction.  It has happened with my car in a snowdrift.  It can happen with us, too.  We keep doing the same thing over and over with no result.  Maybe we need a shove to begin moving forward.    😉  Jack

I particularly like Jack’s comments on Turboparalysis. That so accurately describes the state that I get into every now and then. There are just so many things to do in real estate, each of them vying for one’s time, that it is easy to

fall into the Turboparalysis trap. That tends to happen when I try to multitask and find that I’m flailing away, doing bits of many things at once and really accomplishing very little. I’m spinning my wheels. Does that ever happen to you?

I guess the solution is to slow down, take a deep breath and prioritize what needs to be done and what is reasonable to get done and then set out at the tasks at hand – one task at a time. Maybe the “shove” that Jack refers to that we all need could come from a coach or other person that you can feel obligated to report to and to be honest with.That’s the basis for the whole “life coach” business, giving people those littel shoves to get them going.

No matter how you do it, just do it. Don’t sit there spinning your wheels.

Stay in the moment and focus upon today…

From the Jack’s Winning Words blog comes this piece of advice – “I think in terms of the day’s resolutions, not the year’s.” (Henry Moore). Jack went on to write – This week I came across a SMART way (by Kelly Olin) to make and keep resolutions. S=Be Specific. M=Be Motivated. A=Make it Action-oriented. R=Be Realistic. T= Make it Timely.

Olin’s advice is surely applicable to real estate sales or any other job. While it is always good to have long term goals and plans, it can sometimes be depressing to focus upon how few of those plans might have been achieved thus far in the year, especially in January. Since almost all good plans are based upon being able to see the year-long goals as an aggregation of monthly, weekly and even daily goals; it is much better to focus on the work needed to achieve today’s goals than to worry about the overall goals. 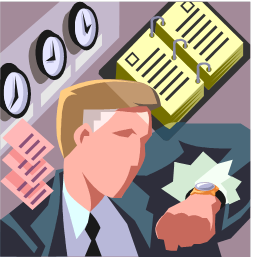 The fact is that the number of whatever it is that is required today to meet your overall goal is the only thing that you can commit to work on today. So you can take Olin’s list and start with those tasks as the Specific things that you are committing to do. Then give yourself that little Motivational pep talk about getting started. Lay out your Action plan for accomplishing the tasks at hand and be Realistic about the time and effort it will take. Finally get to it – make it Timely, like now. 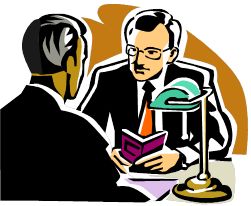 about. So we put them off. We wish that they would go away, but they never do.

The real irony is that those meetings never turn out to be as bad as we imagined them to be when we were putting them off. That person whom you were sure would get upset and mad at what you had to say might just as easily say, “Oh, OK.” And let it go at that. Then you will have wasted a lot of energy and time worrying about a non-event. That tend to happen to me from time to time. I think it is the result of an over-active imagination that dreams up all sorts of scenarios that are really improbable, but which capture my thought process and consume lots of wasted energy. Does that ever happen to you?

Well, I did look up the meaning, according to Webster’s dictionary –

1. initiative; aggressiveness; resourcefulness: With his gumption he’ll make a success of himself.

We don’t use that word very often. Maybe it’s because so few of us really have gumption. I think if there were more gumption around there would be less putting off of things, especially things we’d rather not face.  It certainly appears that our legislative leaders in Washington lack gumption when dealing with almost anything, especially fiscal issues these days.

I don’t think there are any gumption self-help books or gumption coaches around to help us find or get gumption; so most of us seem destined to go through life with little to no apparent gumption. Maybe, however, that if we focus upon the third definition from the list above (at least the “common sense” part) we’ll find that we have enough gumption to get by in life. So, show your gumption today and tackle those things that you’ve been putting off.

“It’s always wise to look ahead, but difficult to look further than you can see.” (Churchill) – from the blog Jack’s Winning Words.

There is always a rush at the beginning of each year to try to make predictions about the coming year. I would not attempt to predict the real estate market for the year. Things seemed to be getting better at the end of 2012; however, much of the run-up in home sales values was caused by the extremely tight market (very low inventory of homes for sale). The underlying, true appreciation for homes is running about 3.5-4% annually; which means a long haul to get back to pre-bust values. Most prognosticators are estimating a decade or more to recoup lost value, depending upon how deep the loss was in each area. Locally we had losses running between 30-40% in most areas and a few that got to 50% or better.

At the end of the year I reported that the market was still very mixed, with three of the markets that I track at 50% or better distressed sales in December. Overall the markets in Milford, South Lyon, Green Oak, and Brighton recovered better in 2012 than the rest of the markets that I track – Highland, White Lake, Commerce, West Bloomfield and Hartland. Home values in the better markets were at or above an average of $100/Sq Ft. Homes in the other markets were still in the $80’s and $90’s per Square Foot; however, all markets were improving by the end of 2012.

So, trying to look ahead, one can surmise that it’s still a pretty good time to buy. Mortgage rates are still low and home prices are still very reasonable. Every study that I’ve seen lately about renting vs. buying makes a strong case for buying right now.

As for would-be sellers, all I can tell you is that the market is currently a sellers’ market, because of the low inventory. That means that you’ll get top market value for the house and it will sell fast, if it is in good condition. Sure the values are still depressed, compared to what they were in 2005-6; however, if you are in a positive equity position and have been delaying your plans while waiting for the market to return – it’s back. Unless you bought at the peak of the market and/or financed above 80% of the home’s value at the time; you should be getting near (or above) your breakeven point. You should at least peak out of your bunker and get a new Comparative Market analysis done by a professional Realtor, top see where your home’s value is currently.

It’s certainly too early to make any long-range predictions about the real estate market in 2013. Too many factors play into what happens in the market and many of those factors are unfortunately under the control of our dysfunctional  national and state legislatures. The same bozos in Washington who marched us right up to the edge of the fiscal cliff have a bunch of other legislation on their plates that impact real estate. They ignored most of that at the end of the year and now will have to reenact many critical laws; otherwise the real estate market could be sent reeling back into recession again. We’ll all have to wait to see what (if anything) they do about those expired laws in the new year.